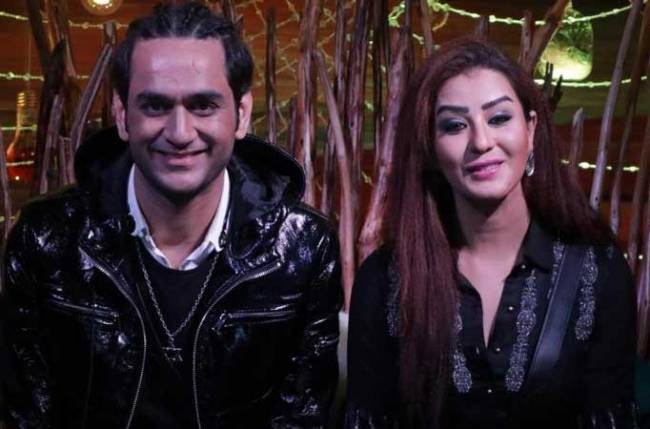 Terming as “baseless” the allegations levelled against him by Bigg Boss 11 winner Shilpa Shinde allegations, Producer Vikas Gupta has asked the actress to focus on her work.

Talking to mediapersons in Mumbai on Monday, Vikas exclaimed, “I don’t know why Shilpa is doing all this. All I can say is that throwing names like Salman Khan, Viacom 18 (production house) and Colors (channel) for some stupidity is not a cool thing to do.”

“She should focus on her work. She is really a good actress. It is not necessary that whoever comes to you and say things, are true. We wrapped up Bigg Boss’ season one and a half years ago. So, she should focus towards her work because whatever she is doing every other day is not cool,” he added.

Recently, Shilpa Shinde took to Twitter and wrote, “Your love and support as fans is in literal sense #onyourface for them. Thanks a ton to all of you. Yes, indeed Vikas Gupta is a mafia of TV industry. Have a look at this notice, which I got about a defamation case on 27th September 2017 wherein I had my BB11 on 28th September 2017 so that I don’t make it on 28th for BB. Wasn’t this planning at its best,”

She also went on to say that it was Vikas who influenced host Salman Khan to speak in favour of the TV producer that he was not involved in Shilpa’s ouster from Bhabiji Ghar Par Hain’ show.

Currently, Vikas is working for an MTV show Ace Of Space.

Talking about the show’s success, he said, “I feel very happy for it. The reason why I chose an MTV show was, because I wanted to be colloquial and relatable to the youth today and I have always believed in making youth-oriented programmes. From Gumrah: End of Innocence, Kaisi Yeh Yaariaan’ to Yeh Hai Aashiqui, 90 percent of my work as a writer, producer or director has been youth-oriented. However, I feel that there is not enough programming for youth. We don’t create youth shows in GECs (General Entertainment Channel) and fiction programming has come to an end.”

If reports are to be believed, Vikas and Shilpa had been planning to work together since the completion of Bigg Boss 11. Whereas, looking at their present equation, it doesn’t seem to be happening anytime soon.