From being television’s Sita to playing Paulomi in Santoshi Maa, who would have thought that Debina Bonnerjee is also a skilled singer? 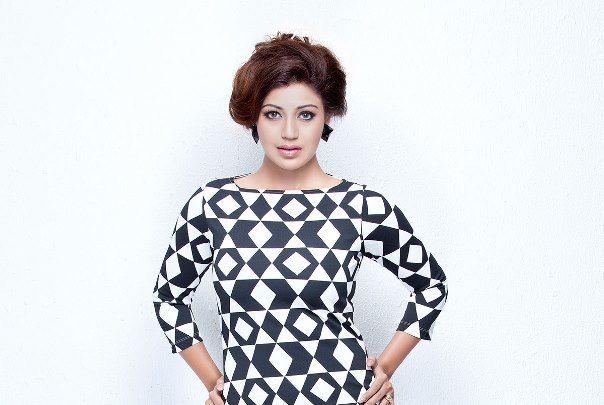 From being television’s Sita to playing Paulomi in Santoshi Maa, who would have thought that Debina Bonnerjee is also a skilled singer?!

The actress has never refrained from experimenting with varied shades on TV and now, when Gurmeet Choudhary is working his way up in Bollywood and is basking appreciation for the good work in the recent release of his Bollywood film ‘Wajah Tum Ho’ his wife, Debina too is adding more feathers to her talent.

Coming on board for singing the cover version of ‘Wajah Tum Ho’ which helms Sana Khan and Gurmeet Choudhary in the lead roles, Debina gets candid with India-Forums about her experience.

When asked about whether she is a trained singer, Debina averred, “Like every Bengali girl, I too am learned at singing, dancing and painting along with my studies and all my Bengali friends often tell me of how they knew this side of mine and it is high time that the world knows the potential I hold. I may even start painting because I am pretty good at it.”

We have seen many B-Town and Television actors turning singers for a particularly interesting song in a film and their experience has always been phenomenal. Debina too claims to have had a blast while recording the song.

Sharing her experience with us, Debina said, “My experience has been super fun. The best part about this song is that we did not plan it. I was merely singing this song and the director who is a good friend of mine thought I have the flair of singing. It is only because of his encouragement that the cover of ‘Wajah Tum Ho’ has materialized. We have not electronically modified my voice and I am very happy with the release.”

After the cover hit virally, the video has received around seven lakh and 50 thousand views in the first five days itself and that says a lot about how much people have loved the song!

Expressing her contentment with the way the song is being loved, Debina quipped, “Never has the hero of the film ever featured on the cover version. When we asked T-Series for permission, they were impressed with the idea and decided to release it. This incident is a perfect example of the statement, ‘Karam karo, phal ki chinta mat karo…’!”

When asked if this was a strategic move, Debina cleared the air saying, “Nothing was planned. Probably, it was meant to be…Now that the song is doing well, Vikas has told me to come on board for a few more songs, but I do not think I will be able to take this up professionally as it is a hobby more than anything else.”