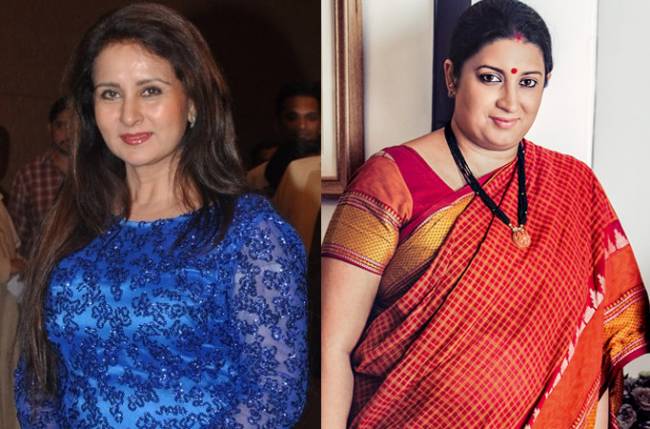 MUMBAI: Veteran actress Poonam Dhillon joined the Bharatiya Janata Party (BJP) in 2004, but it is only now that she has taken on an active role as its Mumbai Vice President. Poonam, who took charge just before Diwali, says she wants to be a “hardcore worker” rather than a “decorative piece” like most actors in politics.

“I joined the party in 2004. However, because of various commitments or responsibilities, I was supportive, but I was not ready to take on a very active role. It wasn’t the right time as both my children were small… Now they are grown up and independent.

“I feel very strongly that the country needs dedicated people who have passion… rather than those who are in politics only for a career. I want to do my bit for my city and my country. That’s why I volunteered; now I can do anything that is required as I have the time,” Poonam told IANS over phone from Mumbai.

The actress, in her mid-50s, began her film career with Yash Raj Films’ “Trishul” 40 years ago and went on to feature in over 80 movies, including titles like “Noorie”, “Jai Shiv Shankar” and “Sohni Mahiwal”. She most recently featured in a television show, but she is no longer associated with it.

Poonam is focussed on her new role on the political front.

“Commitment of time is very important. I just don’t want to be a decorative piece. All film actors just become decorative pieces; they are called out for certain things and that’s it. But I want to be a hardcore worker. That was the intention and now is the right time for me,” said the mother of two.

Filmmaker Ashoke Pandit, in a query addressed to Maharashtra Chief Minister Devendra Fadnavis and Mumbai BJP chief Ashish Shelar, via Twitter, asked: “What’s Poonamji’s contribution to the party and the society at large that you have made her Mumbai BJP Vice President? Why are those thousands of workers who sacrifice their lives and careers for the party, not given posts? Is Bollywood the criteria?”

To this, Poonam, said: “I think he should ask Ashish Shelar, because I didn’t make the appointment. I have definitely been a silent worker. I did not call any media for the appointment announcement. I don’t believe in glorifying things and milking opportunities.

“All I can tell Ashoke Pandit is that I don’t go tom-tomming my work; all my social activities are for the betterment of my city and country. I don’t go on television and start talking about what I have done. I like to do my things quietly and now that I have a responsibility and a position, maybe he will hear more about what I am doing.”

There are a couple of causes Poonam wants to take up, especially helping the families of farmers who commit suicide.

“I’ve been doing work for the farmers of Maharashtra. I will continue that. The farmers who commit suicide, their families are left so bereft. That’s one of the causes I work on… to uplift their aged parents, young wives or children. Farmer suicide is an issue I wish gets eradicated, but in the meanwhile, if there’s little help that we can do for the families, that is something I actively want to do,” Poonam added.

Towards this and more causes, she hopes to galvanise support from her friends.

“A lot of our friends are so blessed. I am sure their intentions are to help, but they need an avenue… If we give them an avenue, and they are assured the help will go directly to people and legitimately, they will be happy about it. I want to be a conduit in that,” Poonam said.

Besides this, while her role is to do with the Mumbai BJP, the actress said she will be “happy to do work anywhere in the country because that’s what my intention is”.

“To start with home is a good idea,” she added.