The talented actor will soon be seen playing a doc in his upcoming show “Tere Bin”- a fresh take on love triangles. 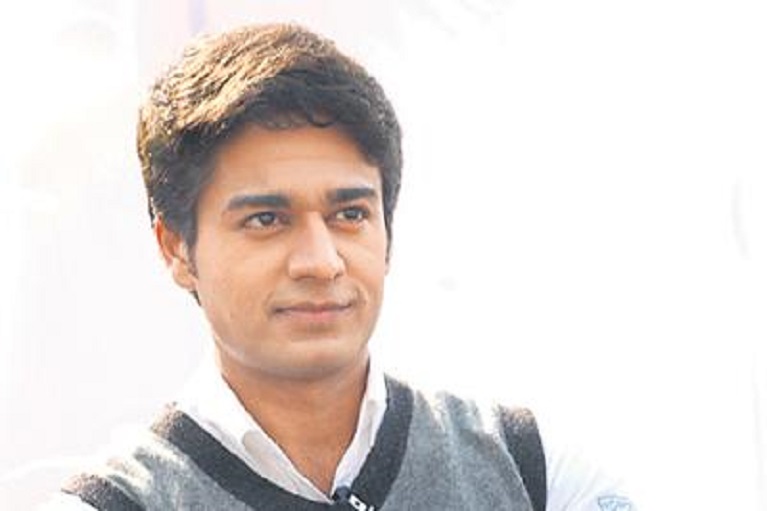 Actor Gaurav Khanna, who stars in “Tere Bin”, which according to him is a fresh and “mature” take on love triangles, is glad to be playing a doctor on screen as he says it’s a profession he wanted to pursue in his real life.

The new &TV show, which was launched here in the presence of its cast members on Tuesday, will take viewers into the world of sacrifices and show what happens when you come across your first love after moving ahead in life.
Starting July 18, “Tere Bin” will feature Gaurav and Shefali Sharma as a married couple, doctor Akshay and Vijaya, who don’t love each other but stay together because of their eight-year-old daughter Neeti (Mahi Kanani). However, things take a twist in their love after Akshay’s first love, Doctor Nandini (Khushboo Tawde) comes back into his life.

Talking about it, Gaurav said at the launch: “This is the first time I am doing a mature love story. It’s a very relatable story and not out of the world. People can see such type of stories in real life too.”
Gaurav said acting was never on his mind as he always wanted to become a doctor in real life.

“I studied biology in class 11. I actually wanted to become a doctor. But due to mathematics skills, my family asked me to do MBA. It was my childhood dream to become a doctor. So getting a chance to play it on screen feels great. I actually never thought of acting,” said the actor, who has previously appeared in shows like “Kumkum”, “Yeh Pyar Na Hoga Kam” and “Jeevan Saathi”.

“Tere Bin” will mark the first time when Shefali, who has previously featured in shows like “Bani – Ishq Da Kalma” and “Diya Aur Baati Hum”, will be seen playing a mother.
Commenting on the same, she said: “I have been doing a lot of preparations for this show as I don’t know how to deal with children as I am newly married. When I got to know that I have to play a mother to an eight-year-old, I got confused.

“But I signed this show as I thought it would be great to see the world from a mother’s point of view. So my onscreen daughter is actually training me for future.”
Asked whether the story of the show is inspired from Yash Chopra’s 1981 romantic drama film “Silsila”, Khushboo said: “I have seen the film. If you are relating the film with our show, then it would be a great compliment for us. I feel it is not true love when there are no complications and sacrifices in it.”