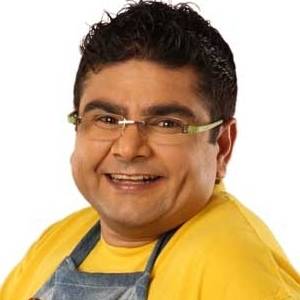 Zee TV has been vigorously promoting their new biweekly Bh Se Bhade produced by Hats Off Production’s the makers of shows like Sarabhai VS Sarabhai, Baa Bahu Aur Baby, Khichdi. The show which has promising names like Deven Bhojani, Sarita Joshi, Suchitra Trivedi in lead roles will also talented actor Manoj Joshi in a special appearance.Sources inform that Manoj Joshi who has acted in several popular Bollywood films and television shows will be seen doing a cameo role in the opening episode of Bh Se Bhade. He will play the role of Deven Bhojani’s boss on the show. The veteran actor has already shot for his role. When contacted, Manoj Joshi remained unavailable for comment.

Deven Bhojani is an Indian TV serial actor/director. He is a theatre actor who is best known for his Gujarati plays and dramas. While he is usually associated with comic roles, he is also known to portray supporting characters to a certain extent. He has won three best director awards for Sarabhai vs Sarabhai; the ITA Award, the Indian Telly Award and The Apsara Award.
Sarita Joshi nee Bhosle (born 17 October 1941) is an Indian stage, television and film actress, and is a veteran actress of Gujarati theatre and Marathi theatre and also Marathi cinema. She is best known for her role as Godavari Thakkar in the hit Star Plus TV series Baa Bahoo Aur Baby. In 1988, she was awarded the Sangeet Natak Akademi Award for Acting in Gujarati by the Sangeet Natak Akademi, India’s National Academy of Music, Dance & Drama.

After working as child actor for six years Joshi got her first lead role at age 16. She went to act with Indian National Theatre, and its was here that she met her future husband Pravin Joshi. She made television debut in the 1980s, with TV series, Titliyan (Butterflies) directed by Nadira Babbar, followed by numerous series, including, Hasratein.

Now she is appearing in Star plus Chand Chupa Badal Mein which is produced by Rajan Shahi as caring, confident Grand mother of female lead Nivedita played by Neha sargam. Her recent film Gangoobai has just been released in theatres in January 2013 in which she plays the protagonist. She is often confused with actress Padma Rani who played the role of Aamir Khan’s mother in the movie Dil in early 90’s. She also played the character of biological mother of Gopikishan Vaishnav played by Gaurav Khanna in Sony Byaah Hamari Bahoo ka