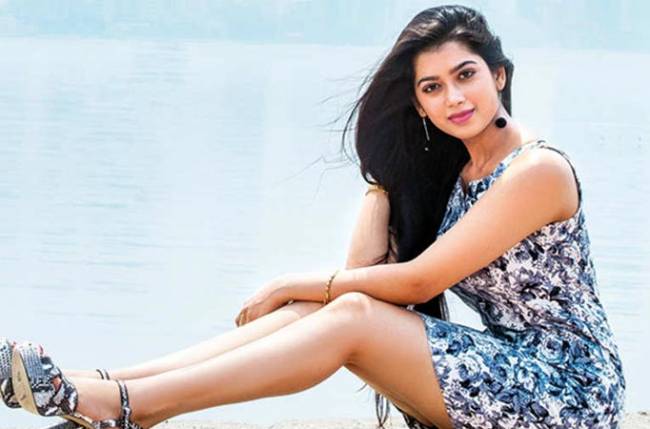 Actress Digangana Suryavanshi has made her debut in Telugu filmdom with T. N. Krishna’s latest directorial “Hippi”. While working on the film, she felt like she was starting from scratch because of the new language. But she never resorted to prompting as she doesn’t like it.

The actress, who hails from Jabalpur, Madhya Pradesh, has featured in many TV shows like “Ek Veer Ki Ardaas…Veera”, “Bigg Boss” and “Qubool Hai”. Last year, she made a double debut in Bollywood with “FryDay” and “Jalebi”.

But working on the Telugu language romantic comedy film was “very new” for her.

“I felt like I was starting from scratch just because of the language. As an actor, I cannot connect with the role if I don’t get my lines right. But I am not a prompting person. I cannot take prompting. I feel like I am doing my job half-heartedly,” Digangana told IANS in a telephonic interview.

“Forget about satisfying the director or the audience, I probably wouldn’t be able to even satisfy myself. It is a film where the guy (played by actor Kartikeya Gummakonda) and the girl are very equal. The dialogues are huge lines.

“But not once I took to prompting or said ‘let’s do this in bits and pieces.”

To understand her lines better, she attended a workshop that lasted for about five to six days.

“We did lines. I also sat down with my director. I can’t say something and not mean it,” she shared.

She said “Hippi” had come to her at the right time.

“I was looking for something that was content-oriented. I am proud to introduce it to people. I learnt bike riding for this film and so many other things,” said the “Rangeela Raja” actress.