Home / News / I found the plot to be unconventional, intriguing and extremely challenging: Rubina Dilaik

Actress Rubina Dilaik has taken on an unconventional role of a transgender in TV show “Shakti… Astitva Ke Ehsaas Kii”. She says she was confident of the maker’s move to introduce such a character in a mainstream show. 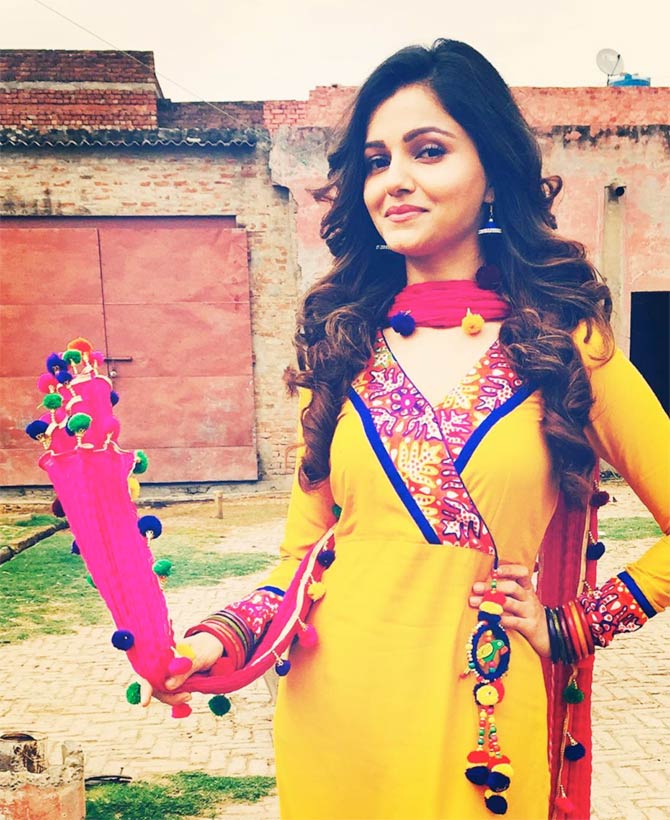 Actress Rubina Dilaik has taken on an unconventional role of a transgender in TV show “Shakti… Astitva Ke Ehsaas Kii”. She says she was confident of the maker’s move to introduce such character in a mainstream show.

Rubina, who has previously appeared in shows like “Chhoti Bahu”, “Saas Bina Sasural” and “Devon Ke Dev… Mahadev”, says she found it challenging when she was asked to play Soumya’s role in “Shakti… Astitva Ke Ehsaas Kii”.
“After the leap, when the creative team discussed Soumya’s future with me, I found the plot to be unconventional, intriguing and extremely challenging. I was very confident about their move of introducing a transgender character in a mainstream show,” informed Rubina.

“As an actor, I looked at it as a platform to essay a character which has never been explored on Indian television before,” added the 28-year-old.

Rubina says the perception in people’s mind regarding the LGBT community is changing slowly, but steadily in today’s society.
“With the nation standing tall with the LGBT community, there is definitely a wave of change that we are finally witnessing. And any change will not happen overnight; although it is slow, it is steady,” Rubina said.
“I have read about a lot of people from the community, who have reached great heights in their career — have been appointed as school teachers and even won elections. I believe in the power of determination. I am sure that with constant efforts and with a progressive outlook, things will change in the near future,” she added.
Rubina considers it a “responsibility” to play a transgender on screen.

“Content pertaining to LGBT community is something the Indian viewers have never been very comfortable watching. The concept of the show comes with a great shock value and it was very important for us to build the narrative of the show in a convincing manner.

“More than focusing on the casting of the character, the makers looked at it as an opportunity to break a stigma that had been dwelling in our society, through Soumya’s journey. It is the kind of role I will be remembered for and will resonate strongly with viewers.”

Asked whether the stereotypical image of transgender is breaking in showbiz, Rubina said: “Because of the vast reach of television, there have been different angles that have been explored showcasing the life of transgender.
“Audience preferences, in fact, have also played a major role in what channels and production houses create for entertainment purposes. However, I think that while the viewers have evolved, so have the concepts.”

Besides Rubina, the Colors’ show also stars Vivian Dsena and Roshni Sahota.
Commenting on her much-talked about chemistry with Vivian, Rubina said: “Vivian is one of the finest actors in the TV industry and it has been a pleasure working with him. We both have always respected each other’s work as actors and that has helped us a lot to build a strong on-screen chemistry.”