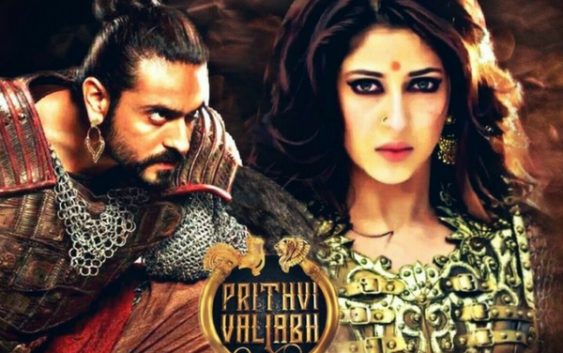 Mumbai: Sony TV’s brand SET Originals was launched with much fanfare with the magnum opus Prithvi Vallabh. The series, produced by Aniruddh Pathak’s Writer’s Galaxy, was highly anticipated, courtesy the colossal budget and international appeal that it had.

The historical drama featured Ashsish Sharma and Sonarika Bhadoria in primary roles and the second season of the same was already on cards. However, it seems that the future of the show is in dark.

According to a credible source, the finite series which is limited to around 60 episodes has been cut short. The channel has apparently decided to pull the plug of the weekly.

Going by the information, the makers have already started cutting the story. The second season which was already announced and pre-planned has been scrapped. The writers are wrapping up the storyline by this season itself. An insider revealed that many characters’ subplots have been reduced. Apparently, this season will wrap up within 40 episodes, instead of 60.

According to the conjecture, it is said that Salman Khan’s show might replace the weekly. The untitled project is helmed under Salman Khan’s production house. loan trading had earlier reported about Mukul Dev and Pooja Gor being the primary cast of the series that will narrate the underbelly of the Mumbai’s cops.

The show has already gone on floor and if everything goes well, it might go on air by next month.

We dropped a text to Aniruddh Pathak and he replied, ” We don’t receive any termination till date..I have nothing to say .. at this time.” (sic)

Are you excited about Salman Khan’s upcoming show? Stay tuned to this space for more interesting updates from the telly world.