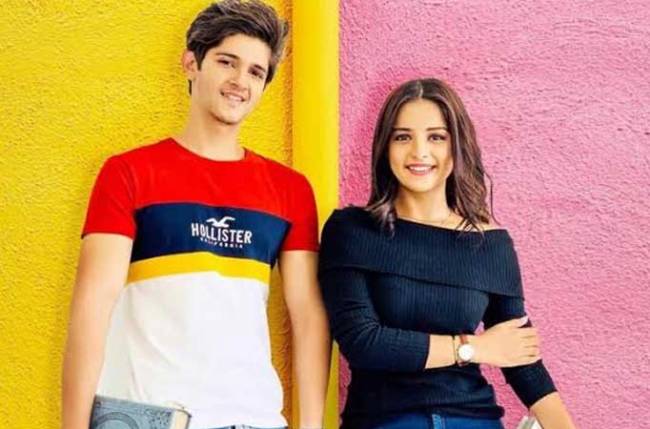 Rohan Mehra, who is popular for essaying Naksh Singhania in Yeh Rishta Kya Kehlata Hai, is all set to enthrall his fans and viewers with his new project.

The handsome lad is gearing up for another music video.

And guess what? He is once again collaborating with actress Mahima Makwana, who is known for soaps such as Sapne Suhane Ladakpan Ke, Rishton Ka Chakravyuh, Balika Vadhu, among others.

Previously, Rohan and Mahima were seen in music videos including Darwaze Band and Dhadkanein Meri. So, Zee Music’s upcoming song, crooned by Stebin Ben, will mark their third collaboration.

An elated Rohan told, “This is my third song with Mahima Makwana. Our last song Dhadkanein Meri garnered 40 million views. It’s her third song and all her three songs are with me.”

Speaking about his role in the music video, the actor shared, “It’s a romantic song and a very heart touching one. I am playing a cab driver who falls in love with his passenger Mahima Makwana and feels that he is not worthy of her since she is a rich girl.”

Sounds exciting, isn’t it? So, gear up to watch Rohan alongside Mahima in the upcoming music video!

Rohan has been a part of many projects. In addition to Yeh Rishta Kya Kehlata Hai, he was also seen in the serial Sasural Simar Ka. The Bigg Boss 10 participant has also acted in the web series Class of 2020 and films like Sixteen and Uvaa.

Stay tuned to this space for more updates.