The actor will be seen sharing the screen space with Anil Kapoor and Arjun Kapoor. 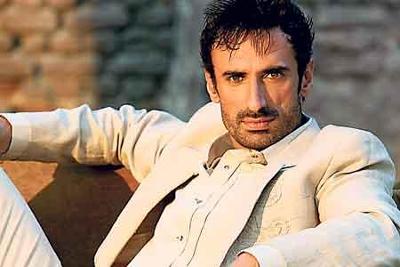 Now there is another big news for his fans! Salman Khan, who is known for making many stars in the industry, has now held Rahul’s hand post-BB. Rahul has bagged a role in Anil Kapoor and Arjun Kapoor starer Mubarakan’ after show’s host Salman Khan approached the makers to sign Rahul for a role in the film.

According to an entertainment portal, Salman helped Rahul Dev to grab the role in Aneez Bazmee’s Mubarakan’ which also stars Ileana D’Cruz and Athiya Shetty.

Rahul told a leading daily, “God has been kind. I was skeptical about doing Bigg Boss but it was good, the show’s host supported me, he said on national TV that we should work together in the future. I have got Mubarakan, after he put in a word about me to the makers. I will soon be off to London to shoot for the film. It is a beautiful role. Also, I am doing my first fiction show. So, things are looking up for me. I am very excited.”

Anil Kapoor & Arjun Kapoor will be sharing the screen space for the first time in Mubarakan’.

Salman has proved to be a helping hand even earlier to BB contestants. He helped Armaan Kohli to get cast in his film Prem Ratan Dhan Payo’ and even cast another contestant Sana Khan in Jai Ho’.