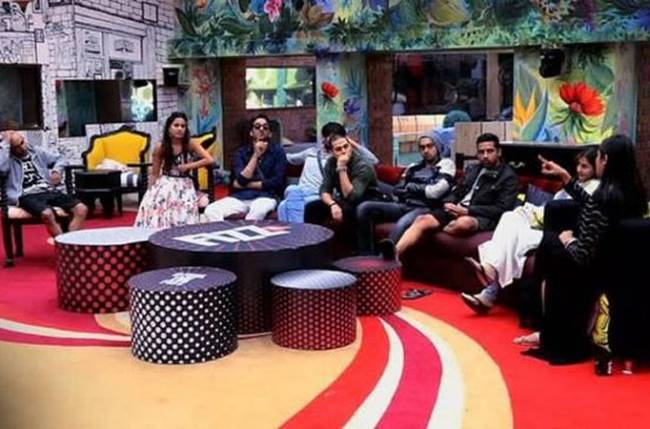 The worst performers were first selected and sent to the Kaalkothri and then the fight for captaincy began! Hiten Tejwani is the current caption and according to customs, he was made the sanchalak of this week’s captaincy task. and now that his tenure as a captian has come to an end, someone as worthy as him was supposed to be voted a captain.
At first, a lot of discussion, it was finally decided that the sanchalaks of the luxury budget task, Vikas Gupta and Priyank Sharma will be the contenders for captaincy this week.
For the captaincy task, the garden area was divided into two segments with both Priyank and Vikas playing a DJ, while Hiten becomes the sanchalak of the task.
Every time a song will be played, one of the housemates will be dancing for their favourite contender for captaincy. Both Priyank and Vikas leave no stone unturned to convince the gharwale to join their side and pick them.
First Arshi and Hina dance it out for Vikas and Priyank respectively, followed by Shilpa and Luv. Bandagi and Akash become the next ones to dance and cast their votes for Vikas and Priyank.
Now, with both Vikas and Priyank having 3 votes each, it was a tie and it was left on Puneesh to pick the captain and break the tie.
Earlier, he had promised to be on Priyank’s side but according to a source, he changes sides at the nick of time and picks Vikas.
That means, Vikas Gupta succeeds Hiten as the new captain of the Bigg Boss house. Vikas gets saved from the nomination process and eliminations as well. What’s more, Vikas also becomes the first Bigg Boss inmate to be selected as the captain twice this season!