And, it isn’t a regular one! 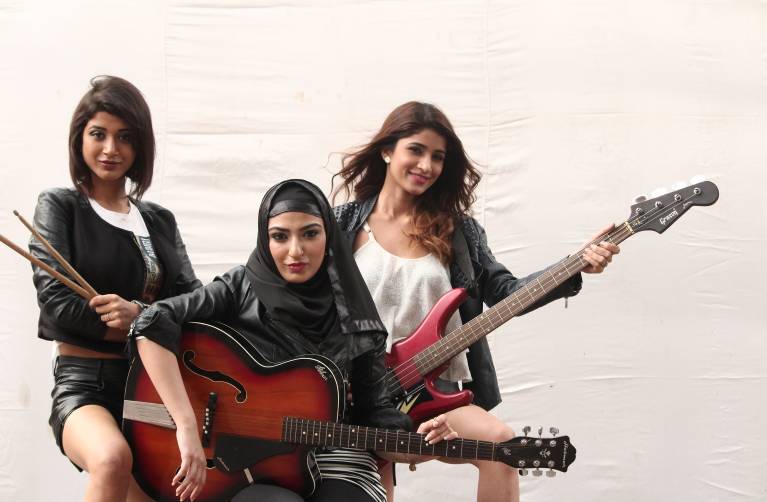 Martina Thariyan, who had created waves with her stint in MTV Roadies X4 and Splitsvilla will soon be making her acting debut on MTV Big F Season 2. Martina, who was one of the finalists on MTV Splitsvilla will now be seen donning an avatar of a hot drummer on MTV Big F.
Martina will be playing the role of Nicky on MTV Big F in an episode based on a Hijabi guitarist. The story revolves around the life of a Hijabi guitarist, Ayesha, played by Shernawaz Jijina, who participates in the Battle of the bands with her band, Karma. And, Martina will be a part of the band and will be shown playing a very outgoing role.
On making her acting debut, Martina said, “This is my first stint with acting and I am so excited about kicking it off with a show like MTV Big F. I will be playing the role of a drummer, Nikcy on the show. I have sported a very grunge style for the role. The character is very outgoing and bold. Basically, she is a go-getter.”
Excited to see the lady back on screen? Leave your comments below.